Hello there!  It has been a long time, hasn't it?  Pardon the extended silence, I've been busy with a number of other projects including researching grad school options, and contributing to another blog.  The latter deals with a rather old Japanese law (from 1948), and a recent police crackdown on the crime of dancing in clubs, which you may be surprised to know is more often than not an illegal activity in Japan.  I was pretty upset when NO DANCING signs (backed by staff enforcers) started popping up in the clubs I frequent, as cutting loose on the dance floor is one of the best natural highs I know.  If you're interested, please check out Dance Out Loud Japan.

Enough about that, what you're really after is the vegan ramen, isn't it?  If you've been a VegOut Tokyo follower for a while you'll know I share your love for a good bowl of ramen.  I've blogged about the delicious offerings I've tried at It's Vegetable, Loving Hut, T's Tan Tan, and shared a bad experience I had at Kamukura.  Today I'd like to add another veggie ramen option to the basket: a steaming bowl of green noodles from Chabuton. 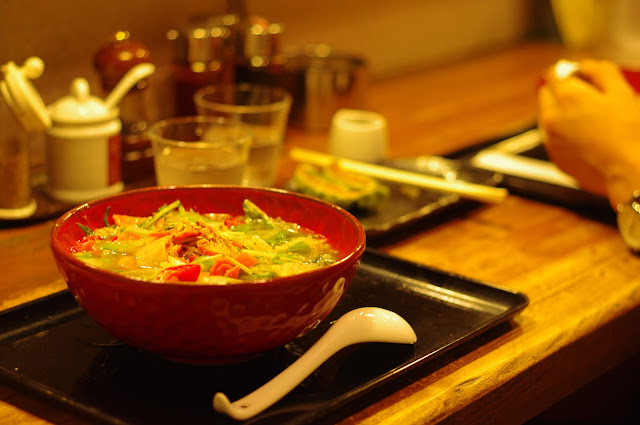 Though I'm not usually a fan of chain restaurants, there's something satisfying about the lack of pretentiousness involved in a place like this.  Come inside to a greeting of "irasshai!" make your selection at the ticket machine, take a seat at the counter, and hand over your tickets to the chef.  I like the everyman feel of these places, the fact that one can just as easily come solo as with a friend.  Cheap, relaxed, and satisfying, this is the gaishoku (eating out) comfort food of Japan. 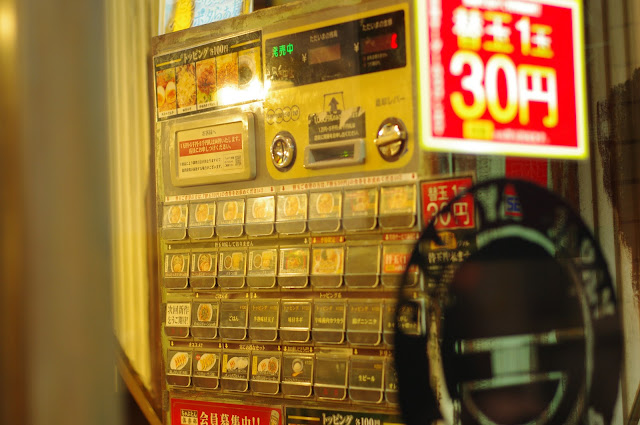 When I first saw the "vegetable-only" vege ramen posters outside Chabuton, I was skeptical.  A vegetarian seasoned to life in Japan sees this and thinks, "oh, maybe the noodles are made with vegetables, but of course their stock will be made with pork!".  It was worth a try though, and a chat with the staff ensured me that there are no animal ingredients used in the making of their vege-ramen.  Hurray!  An added delight was when I discovered that they also have vege gyoza!  Double GETTO!* 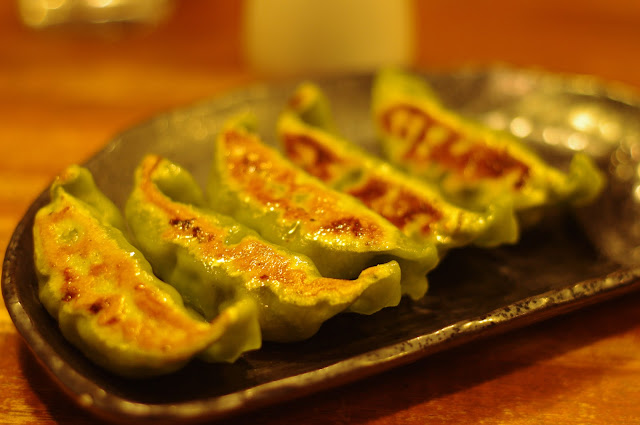 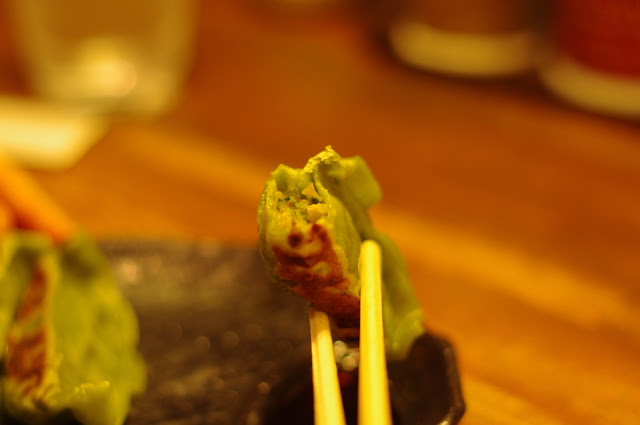 The vege gyoza (300¥), also green, were pleasantly greasy and chewy.  We split a plate of them between the two of us, and with a glass of cheap beer, it made a nice appetizer to start us off.

The vege ramen (780¥) itself is green due to the addition of spirulina, which a quick online search informed me is a complete protein containing all essential amino acids.  As this ramen doesn't contain any other obvious protein sources like soymilk or TVP, I'd say this is a thoughtful addition.  I liked that Chabuton's vege ramen was topped with a sizable portion of vegetables including mizuna, carrot, daikon, and red pepper.  The crispy topping sprinkled over the veggies, which for a moment looked alarmingly like something meaty or fishy, was in fact dried onion flakes. 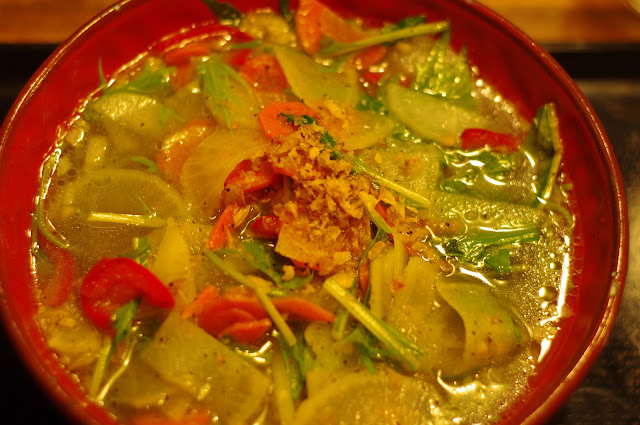 The Chabuton we went to was the Shimokitazawa location, though as it's a chain you'll find many of them around.  If I've understood the Japanese on their Wiki page correctly, there are 267 locations across Japan, and 7 overseas!  The one in Shimokitazawa is easy to find.  As you come out of the south exit (南出口), head to the left, passing under the tracks.  Follow the road for a minute, it's right after the open air fruit and veggie shop on the right side.

hours: This location of Chabuton is open daily from 11am to 11pm. 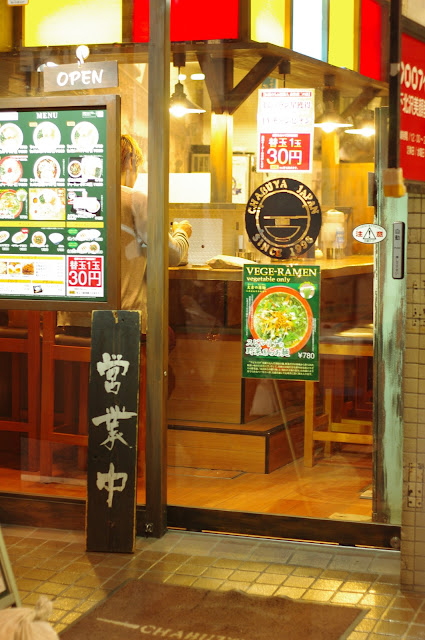 *Language note: Getto (ゲット) is a Japanese expression adapted from the English word "get".  As Japanse is a verb final language, you'll find it stuck to the end of the thing that has been gotten.  It's often used in a triumphant way when one has won something, or when something desirable has been obtained unexpectedly.
Posted by Mika at 21:47 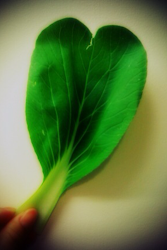 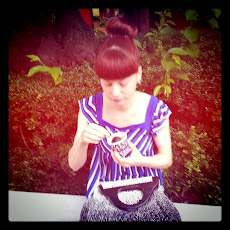 get in touch at vegouttokyo@gmail.com 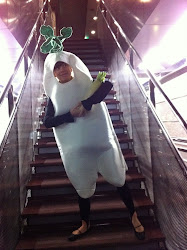